Below is an article speaking about Pam’s Pro bono work to help ARC of Adams County.

In April 2016 Pam received a SPARC award from ARC of Jefferson, Clear Creek & Gilpin Counties for this work: Pam was recognized as a COMMUNITY CHAMPION. “Through the donation of her time and forensic accounting skills, Mrs. Kerr was critical in proving the theft of more than $9,000 from a self advocacy group.” See Media tab for more information regarding the SPARC award.

Justice for Speaking For Ourselves Colorado

As president of Speaking for Ourselves Colorado (SFO), the statewide organization created and led by people with intellectual and developmental disabilities (I/DD), Jan Beckett simply wanted access to the organization’s financial reports – a routine and essential piece of information for a board president. For 18 months, Jan kept requesting reports, and nothing ever materialized.

SFO is an organization that belongs to self-advocates: they hold leadership positions on the board of directors and tackle issues of importance to them. Members of SFO are also members of local self-advocacy groups, such as People First of Jefferson County, and receive advisory support from the adult advocates of The Arc – Jefferson, Clear Creek & Gilpin Counties. Similarly, each of the local People First groups around the state receives support from a trusted advisor in their geographic area.

Overall, SFO doesn’t have much money, but what they do have is typically contributed by individuals with disabilities themselves through the payment of dues. They also raise money through bake sales, craft shows, cookbook sales, and other activities. Much of the money that is raised is used to hold a statewide conference of individuals with disabilities every two years at Rocky Mountain Village Easter Seals Camp.

In January of this year, as SFO leaders were planning the details of the conference to be held in October 2015, the leadership wanted to pay the deposit on the conference space at Rocky Mountain Village, but no one knew if there was enough money. Looking for financial information, the board turned once again to SFO’s self-advocate and treasurer, Elsie Farrell, and her advisor, Dow Turner, both from the Colorado Spring chapter of People First. Mr. Turner was responsible for the bank statements Ms. Beckett was seeking.

That’s when Mr. Turner admitted to the group that he had taken more than $4,600 from SFO’s account to “settle a lawsuit.”

The SFO Officers were shocked and angered when Mr. Turner admitted the theft.

As president, Ms. Beckett turned to her advisors at The Arc for guidance. Together, Ms. Becket, her advisors, and The Arc’s Executive Director, Lori Ropa, contacted the police, who suggested that a forensic auditor could help determine what really happened. While everyone was in support of pursuing this course of action, the biggest question was how to pay for it? SFO certainly couldn’t pay for it, and The Arc hadn’t exactly forecasted a need for forensic accounting when our budget was set.

Thankfully, Ms. Ropa quickly found her way to Pamela Kerr, CPA, CFE, FCPA. Ms. Kerr, without hesitation or expectation of payment, agreed to assist her in uncovering theft and fraud perpetrated against SFO. Although the amount of money involved in this case was very small compared to the cases she’s typically involved with, Ms. Kerr was so outraged that someone would exploit the vulnerability of adults with I/DD, that she volunteered her services.

Soon everything started to unravel.

With the help of former SFO Treasurer Elsie Ferrell, who was able to obtain bank statements going back to 2008, Ms. Kerr and Ms. Ropa spent four months reconstructing all of SFO’s transactions for several years. The SFO advisors from Jefferson County had long suspected that illegal activity had been going on, and Ms. Kerr’s work clearly supported their suspicions.

The problems went well beyond what Mr. Turner had suggested, and reached back to include the former SFO advisor, Annette Stahuljak, who was also Mr. Turner’s business partner, and another disability organization Mr. Turner was involved with, Colorado Association for Persons in Supported Employment (COAPSE).

Through the reconstruction of two accounts, Ms. Kerr discovered that Mr. Turner’s story about taking the $4,600 was a lie. In fact, a large amount of money had been missing from the SFO account for some time, so Mr. Turner used his position as advisor to COAPSE’s treasurer to issue a large check from COAPSE payable to SFO. Mr. Turner ultimately pled guilty to a Class 4 Felony for the theft of COAPSE funds and received two years’ probation for that crime.

Despite Mr. Turner’s theft from COAPSE and mishandling of SFO funds, the actual perpetrator of the SFO funding theft was his business partner, Ms. Stahuljak.

“Beginning twelve days after [Annette Stahuljak] was added as an authorized signer on the bank account of SFO on 12/15/11 until the account was closed on 7/21/15, a total of 79 withdrawals were made out of the SFO bank account by AS totaling $9,666,17.”

Ms. Stahuljak stole nearly $10,000 from SFO, taking cash and using the debit card for her own personal gain. She made purchases at places like Smoker City, Walmart, and Red Lobster, paid her personal phone and internet bills, and even had her dog groomed.

With Ms. Kerr’s finding in hand and The Arc by its side, SFO was able to file charges against Annette Stahuljak. Thanks to the excellent work of Deputy District Attorney Rachael Powell, the case ended just a few weeks ago with a Class 5 Felony Conviction and a requirement for Ms. Stahuljak to pay restitution over time.

What’s more, because of the egregious abuse of trust involved in the case, SFO and The Arc requested that Ms. Stahuljak would not be permitted to work with individuals with intellectual or developmental disabilities for the entire four years of her probation, including through her own business – a request that was honored in her sentencing.

The members of SFO and everyone involved at The Arc were overjoyed by the outcome. In Jan Beckett’s words, “It was awesome!”

The news of Ms. Stahuljak’s conviction came on the heels of the conference that started it all back in January. Despite the issues around this case, SFO’s leadership created an empowering conference that brought together self-advocates from around the state to discuss issues of civil and human rights, like abolishing sub-minimum wage jobs for people with disabilities, and having the right to marry without losing benefits that are essential to living.

When it comes to the big issues SFO is tackling, they can now add justice for victims of financial exploitation to the list.

Looking ahead, SFO’s leadership has taken steps to protect themselves against this type of victimization by engaging The Arc of Colorado as its Fiscal Sponsor. This change, along with significant changes to the group’s Bylaws, will ensure that Colorado’s self-advocacy movement will persist well into the future.

Though the process took nearly a year, through collaboration and persistence, justice was served. Most importantly, the outcome of this case has helped to restore SFO members’ faith in our community. It’s clear that there are good people in the world who are more than willing to stand up for what is right. If you would like to make a contribution to SFO to support their work, please mail it to:

Pamela is recognized as a Community Champion for the Arc of Jefferson, Gilpin and Clear Creek counties. 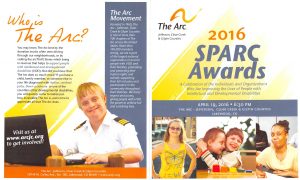 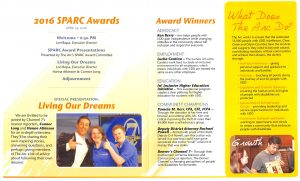 Pam Kerr and her forensic accounting firm interviewed on CBS Channel 4 and were hired to find the funds.

Pam Kerr was hired to assist in the review of documents related to a death penalty case.  Radical Media produced a documentary entitled “Killing Richard Glossip” that can be seen on Investigation Discovery.  The following news clip is from the Oklahoma City News a few days before the documentary was released.